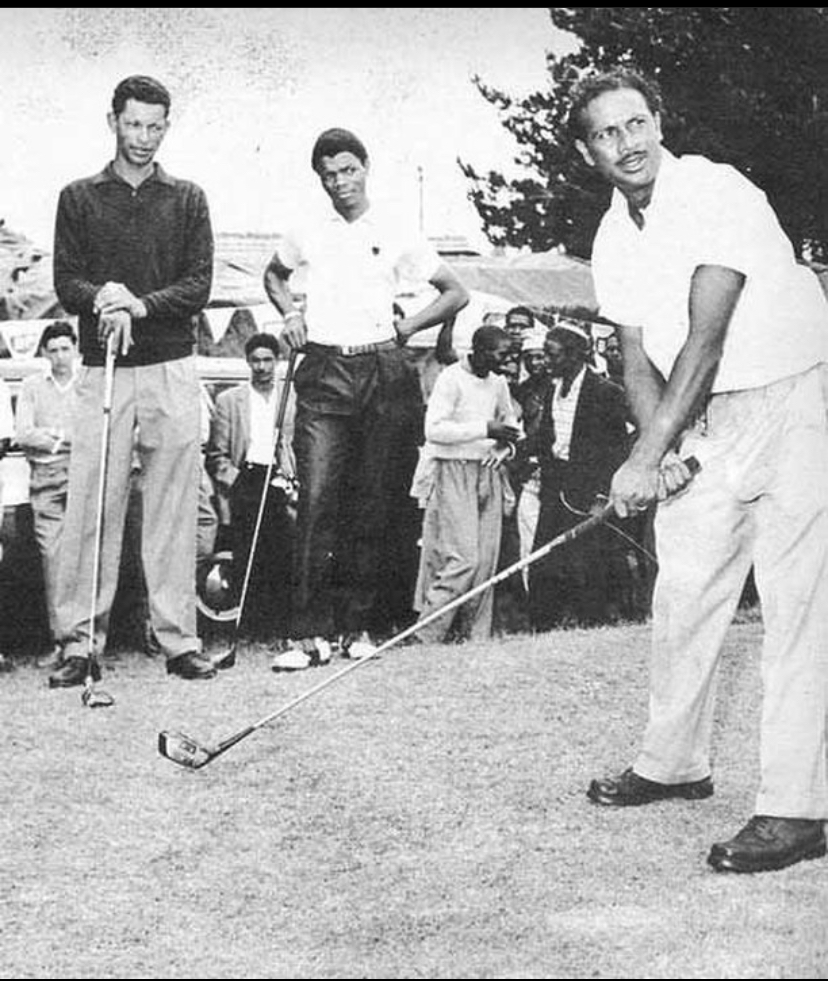 Sewsunker ‘Papwa’ Sewgolum, a South African golfer of Indian origin, who was known for his cross-handed grip (The sewsunker grip is named after him). Seeing a video clip of his swing is something to behold. ⁠
⁠
He beat Gary Player in the 1965 Natal Open but because he was living during apartheid had to accept his trophy out in the rain because only whites were allowed in the clubhouse. The photo of him accepting the trophy in the rain went global and angered countries that they imposed sports sanctions on South Africa. ⁠
⁠
South Africa ended up banning him from playing in tournaments and took his passport so he wasnt able to play overseas, he also was never allowed to represent his country in any tournament because of the apartheid rules. This took away his source of income and he ended up passing away from a heart attack…he never made it to 50.⁠