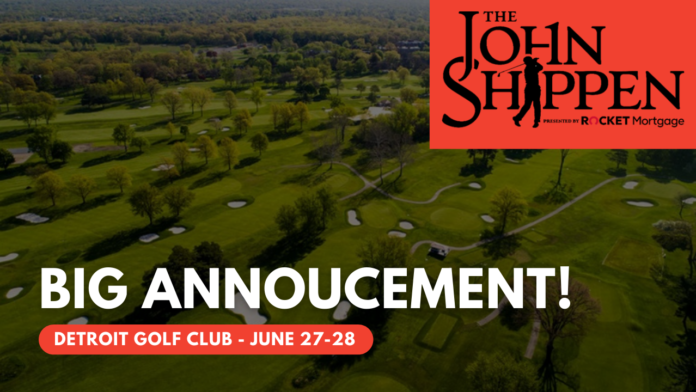 DETROIT (March 22, 2021) – Intersport, in collaboration with Rocket Mortgage, Trion Solutions, Dow and Sommer Woods (co-founder of Woods and Watts Effect), announced today the launch of a new national golf event: ‘THE JOHN SHIPPEN’ to identify historical barriers and expand Black representation in the sport of golf. The event will be held at Detroit Golf Club June 27-28, with a one-hour TV special about THE JOHN SHIPPEN airing on CBS leading into final-round coverage of the Rocket Mortgage Classic on Sunday, July 4.

The event, designed to showcase Black collegiate and professional golfers, is named after John Shippen, Jr., who was both the first Black golf professional and the first American-born golf professional. Shippen was bestowed PGA of America membership posthumously in 2009. THE JOHN SHIPPEN Sports Business Summit will be Held Virtually June 29-30 to Create National Awareness and Opportunities in the Business of Sports for High-School and College Students of Color and Will Offer Paid Internships and Scholarships from Event Supporters THE JOHN SHIPPEN will invite the nation’s top amateur and professional Black golfers to provide a platform for heightened opportunities and recognition within the sport.

The women’s division will compete in a two-player team format, with the winning duo earning an exemption into the LPGA’s Dow Great Lakes Bay Invitational (July 14–17), which is also played as a team event. The men’s division will be individual stroke play, and the winner will receive an exemption into the PGA TOUR’s Rocket Mortgage Classic (July 1-4). To ensure that any financial barriers are removed, THE JOHN SHIPPEN will cover all travel costs (airfare and hotel) for participating players.

“THE JOHN SHIPPEN aims to address barriers that have prevented talented Black golfers and aspiring business professionals from realizing their dreams of playing professional golf or working in the golf industry,” said Rocket Mortgage CEO Jay Farner. “Rocket Mortgage is proud to support this event.”

Intersport, in conjunction with Woods, collaborated to design THE JOHN SHIPPEN as a vehicle to provide opportunities that can fundamentally increase diversity in golf on a national scale. The sport of golf is an $84 billion industry with more than two million golf-related jobs. However, less than one percent of PGA of America club professionals are Black, and only four current PGA TOUR players are Black. These statistics do not reflect a lack of talented Black golfers, but rather, they reflect limited access and resources. Historical barriers for Black golfers include: affordable and consistent access to championship courses; quality golf equipment; top-rated swing coaches; sponsorship; and access to capital for housing and travel.

“We at Intersport believe THE JOHN SHIPPEN will serve as a springboard from which to bolster accessibility to the sport of golf for young Black players and sports professionals,” said Jason Langwell, Executive Vice President of Intersport and Executive Director of the Rocket Mortgage Classic. “As a national sports marketing firm, we are fully committed to the creation and expansion of opportunities and growth for Black athletes and professionals, now and in the future. Through our THE JOHN SHIPPEN Sports Business Summit, we will offer scholarships and paid internships to several student participants and will encourage our corporate partners and sponsors to do the same.”

THE JOHN SHIPPEN was also created to address the lack of Black representation in business and leadership roles in golf and across professional sports. To create an avenue for awareness and opportunities, THE JOHN SHIPPEN Sports Business Summit for high school and college students will be held virtually June 29-30, allowing athletes, influencers and business professionals to share their experiences and advice about how to pursue and secure a career within the business of sports. Summit attendees will be given the opportunity to apply for paid internships and scholarships from sponsors, organizations and foundations within and beyond the sports industry.

“Golf has been an important part of my life as a young golfer, as a collegiate athlete and as a professional working at the PGA TOUR,” said Sommer Woods, Co-Founder of Woods and Watts Effect, Tournament Lead for THE JOHN SHIPPEN and Volunteer Vice Chair of the Rocket Mortgage Classic. “Collaborating on THE JOHN SHIPPEN affords Woods & Watts Effect the opportunity to address an issue that we are passionate about, which is equity in sports. We are excited about our partnership with the Rocket Mortgage Classic and Intersport, and we look forward to this transformative event. This event can change the world, starting with the world of golf.”

Rocket Mortgage has signed on as presenting sponsor of THE JOHN SHIPPEN. Trion Solutions, the nation’s largest minority-owned Professional Employer Organization, has agreed to become the first of six national sponsors for the event. THE JOHN SHIPPEN will be held during the week leading up to the Rocket Mortgage Classic, the first PGA TOUR event ever held within the city of Detroit. The Rocket Mortgage Classic was the most awarded event during the 2018-19 PGA TOUR season, being recognized for three awards, including the first “Fair Way Award” for its diversity and inclusion initiatives.

John Shippen, Jr. first worked in golf as a caddie at Shinnecock Hills Golf Club in Southampton, New York, and after playing in his first of six U.S. Opens in 1896, was hired as the golf professional at the Maidstone Club in East Hampton, New York later that year. Shippen later worked as a golf professional at Aronimink Golf Club near Philadelphia and spent the majority of his working life at Shady Rest Golf Course in Scotch Plains, New Jersey – the first African-American owned  and operated golf club in the United States – where he served from 1924-1960. The John Shippen Memorial Golf Foundation was founded in 1995 by Thurman and Ruby Simmons in Scotch Plains. They began studying his legacy in 1988 and have spent more than 30 years elevating Shippen’s name and recognizing his place in American history. In addition to funding paid internship and scholarship opportunities, a portion of the proceeds from THE JOHN SHIPPEN will be donated to The John Shippen Memorial Golf Foundation.

Since 1985, Intersport has been an award-winning innovator and leader in the creation of sports, lifestyle, culinary and entertainment-based marketing platforms. With expertise in Sponsorship Consulting, Experiential Marketing, Hospitality, Customer Engagement, Content Marketing, Productions and Sports Properties, this Chicago-based Marketing & Media Solutions Company helps their clients to create ideas, content and experiences that attract and engage passionate audiences. To learn more about Intersport, visit www.intersport.global, like us on Facebook or follow us on Twitter and Instagram.

Woods & Watts Effect is an equity and inclusion consulting firm of transformation engineers, co-founded by Sommer Woods and Michele Lewis Watts, Ph.D. They are a solutions-driven team that adeptly designs programs that assess a company’s strengths and areas for improvement relative to inclusion and social equity. Woods & Watts Effect is innovative in their thinking, their engagement and their execution. Through a bold, non-traditional and engaging approach, they produce viable and actionable solutions for sustainable change. More information is available at WoodsWattsEffect.com

Quicken Loans was once again named to FORTUNE magazine’s “100 Best Companies to Work For” list in 2020 and has been included in the magazine’s top 1/3rd of companies named to the list for the past 17 consecutive years. In addition, Essence Magazine named Quicken Loans “#1 Place to Work in the Country for African Americans.” 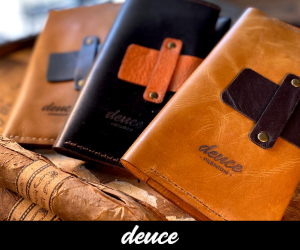