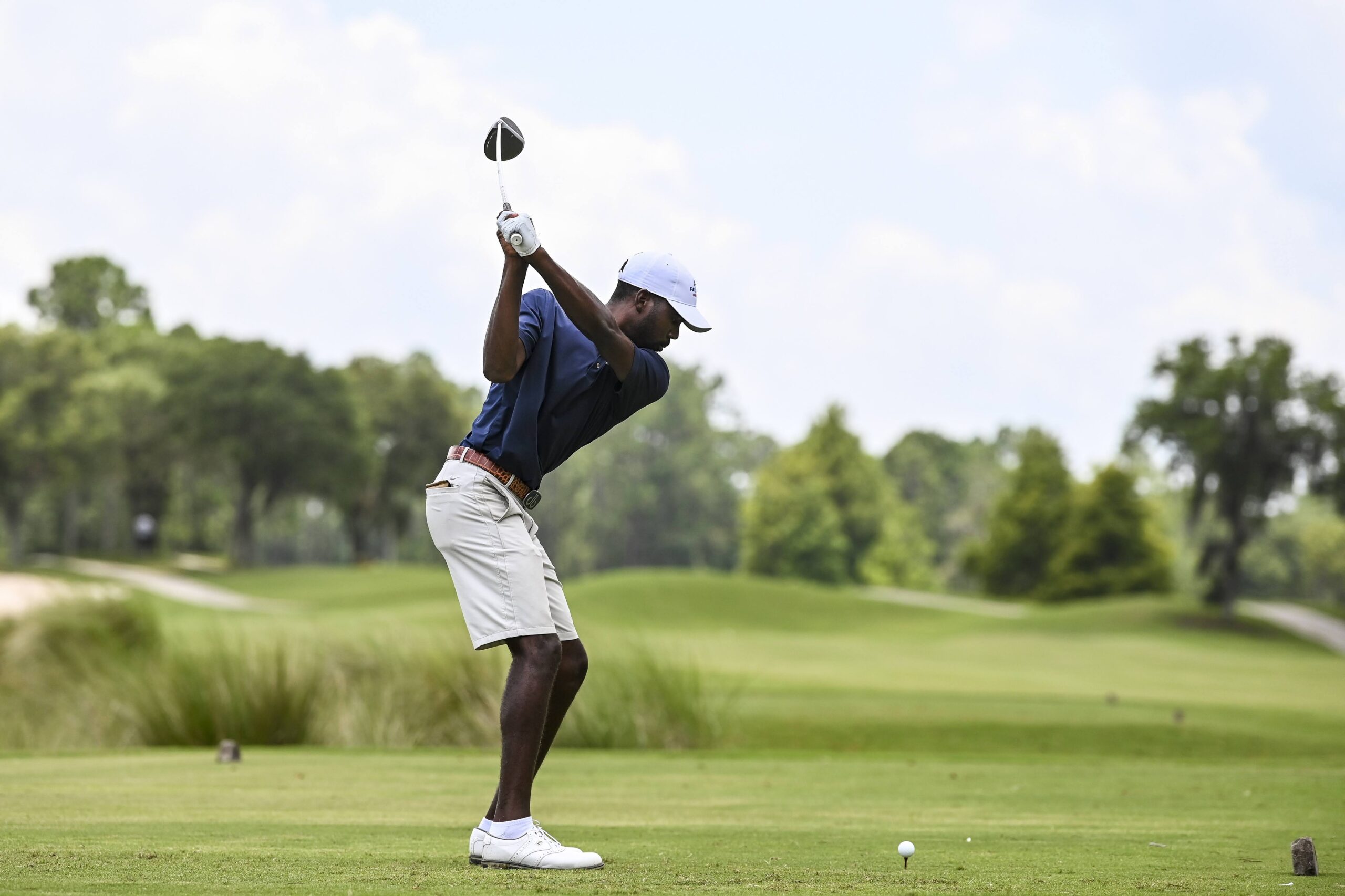 Johnson, a Farmers® brand ambassador and winner of the 2020 APGA Tour Championship, reports feeling well and will have the PGA TOUR’s full support throughout his self-isolation period under CDC guidelines.

“To say that I’m disappointed would be a massive understatement. I’ve dreamed of playing on the PGA TOUR for a long, long time, but health and safety come first,” Johnson said. “It’s times like these where you have to keep focusing on the bigger picture at hand, and from my experience, a fork in the road often has an interesting way of leading to new opportunities. Getting a brief glimpse of the Farmers Insurance Open and what it would be like to play on the PGA TOUR only further ignites the fire inside me to work that much harder to chase the dream of playing on TOUR full-time. I am so thankful to Farmers Insurance and the entire team at the Century Club of San Diego for not only providing me with this opportunity, but also for all they’re doing to promote diversity in golf and beyond. I will be Willie Mack’s biggest fan this week. He’s a good friend and an incredibly talented player.”

In March 2020, Mack became a Farmers Insurance® brand ambassador. He is a former Michigan Amateur champion and was the 2019 APGA Player of the Year, winning two of the seven events he entered. Mack currently leads the Florida Professional Golf Tour and will continue playing their events in addition to a full APGA Tour season in 2021. Last week, Mack was awarded an exemption to The Genesis Invitational, which will be played in the Los Angeles area in February.

“This is a bittersweet moment. Kamaiu and I are very close friends and he has worked so hard to have this opportunity. There is no doubt that Kamaiu will get his chance, and when he does, he is going to do big things,” Mack said. “To get two exemptions over the course of one week is incredible, with The Genesis Invitational awarding me the Charlie Sifford Memorial Exemption last week, and now to receive a spot in the Farmers Insurance Open from an organization that has already done so much for me. I will cherish this moment and forever be grateful for these incredible opportunities.”

“We understand what this week meant to Kamaiu and how hard he worked to get here. On behalf of everyone at Farmers, we wish Kamaiu the best and look forward to more opportunities for him to play PGA TOUR events in the near future,” said Farmers Insurance CEO Jeff Dailey. “While these unfortunate circumstances do not allow Kamaiu to play at the 2021 Farmers Insurance Open, we wanted to extend an exemption to another Farmers brand ambassador, Willie Mack III. Our ongoing support of the APGA Tour and its players is just one of the ways we’re reinforcing our commitment to help remove barriers and advance diversity in the game of golf.”

Mack’s exemption is the latest example of Farmers support for the APGA Tour and its players in recent years. The national insurer has provided funding for APGA Tour events and the organization’s athletes, sponsored players including Johnson and Mack, and for the second consecutive year will host an APGA Tour event in conjunction with the 2021 Farmers Insurance Open on the PGA TOUR.