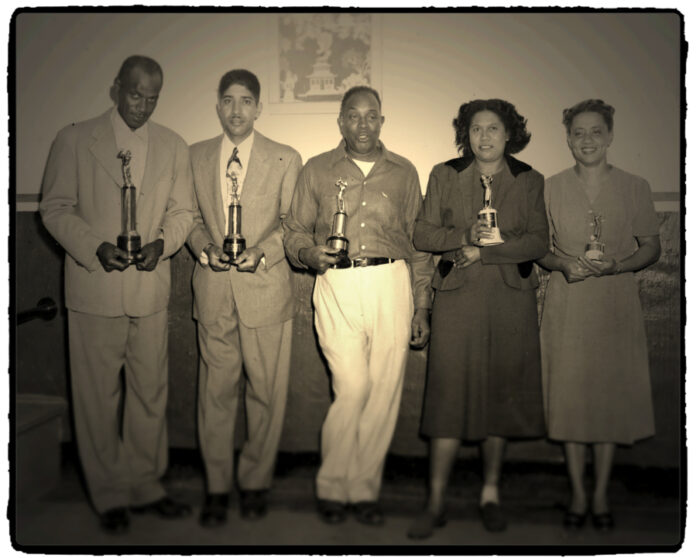 Dr. Joseph Howard, intent on gathering people who had a love for golf, sent out letters to various community members in request for a meeting. The resulting meeting on April 4, 1948 led to the organization of the Evanston Golf. Its purpose was to promote and stimulate golf as a leisure time activity of Evanston’s west side. On June 12, 1948, the club was chartered and formally recognized as the Twentieth Century Golf Club.  Its first office was located within the Emerson Street YMCA in Evanston, Illinois.

Its first Club President was Dr. Joseph Howard (1948-50). Other presidents included Tom McNeal (1951), Harry Brown (1957) and the last known, Willie Higgins. The golf club was part of the Central Sites Golf Association (CSGA) and the Midwest District Golf Association (MWD) under the national United Golf Association (UGA), separate from the PGA as it did not allow for Black membership, formed in 1926. However, the UGA’s strength in membership did play a part in the Civil Rights movement.2

Annual tournaments were a big deal, attracting hundreds of golfers to the host club city. Lasting over two days, the tournament had rounds for men, women, and at times, a seniors round. Social events and banquets were part of the tournament schedule where trophies were distributed to winners. The clubs also boasted celebrity players and those in politics. Joe Louis, the boxer, placed first in the 1950 tournament. Louis sponsored his own invitational in Detroit beginning in 1944. Representative Ralph Metcalfe was an active member of the Chicago Executive Golf Club in the early 70s. These tournaments were widely covered in various newspapers:

Jake Seeks To Keep 2nd Golf Title
Jake Simmons retained his Douglas Park Golf club champion ship in Indianapolis, Ind., three weeks ago, and on July 9 – 10 will attempt to retain his crown in the Twentieth Century Golf club tournament in Evanston, IL. Last year Simmons, member of the Windy City Golf club, fired 74 – 74 – 143 over the long course at Northwestern, He will start his quest for the same title Saturday, over the same course. John Donaldson of the Twentieth Century Golf club, finished second to Simmons last year with 149, followed by Joe Curry, Twentieth Century, with 151. Windy City Golf club, fired a 69 to win medalist honors. All four will return for the coming tourney. The Twentieth Century tourney will be a two – day meet of 54 holes of medal play for the men, 18 Saturday, and 36 holes Sunday. There will be four flights. The women will play 36 holes of medal play, with 4 flights. There will be a flight for the seniors. Cassie Donaldson, Twentieth Century, is the women’s defending champion, and John Chamberlain, Chicago, is senior champion.

In 1951, Twentieth Century Golf Club hosted the Central States Golf Tournament for the first time. Held over a two day period, along with other social activities, the event was covered over a series of several articles in local papers:

Expect Big Entry For Central States
Entries were pouring in last week for participation in the 18th Central States Golf Tournament to be held in Chicago, July 15-19.
Mrs. Willie Higgins, secretary of the TCGC of Evanston, host to this year’s meet, said Saturday that reports indicated that approximately 250 men and women golfers from nine mid-western states would be ready to tee off at Bunker Hills course where the tournament is to be held. . .4

The Club also hosted CSG tournaments in 1954 and 1955 and yearly tournaments within the Chicago metropolitan area.

Twentieth Century Golf Club was not part of a few golf clubs, but one of nearly 200 Black golf clubs throughout the States. By 1972, it was reported that the United Golf Association consisted of 189 clubs representing 3,500 golfers, while another article stated 89 clubs with over 15,000 members. The Largest group was reportedly from the Midwest District that include Illinois, Indiana, Michigan, Kentucky and Ohio. That same year, Twentieth Century and the Chicago Executive Golf Club co-hosted the 45th anneal UGA convention that took place at the Sheraton-Chicago Hotel.

The full potential of an active long-term club came into focus in 1962 with the purchase of a home at 1811 Church Street under the name “20th Century Golfers’ Holding Association”, issuing shares to each financial current club members who remained involved. The basement was remodeled to accommodate a club room. Many did not like the new direction of the club and ceased their membership.

For the next nearly three decades, members continued to golf and host activities. However, dwindling membership and the passing of members, the club was dissolved. First, the Twentieth Century Golf Club on November 2, 1987. Then 20th Century Golfers’ Holding Association on June 15, 1989 and the house was sold. All remaining monies were distributed amongst surviving club members or immediate descendants. Evanston resident, Lucius Ward (d.2002) was a member of the Chicago Executive Golf Club and was an active office holder with the United Golf Association and the United States Golf Association, he shared his love of golf and tutored many throughout the North Shore.