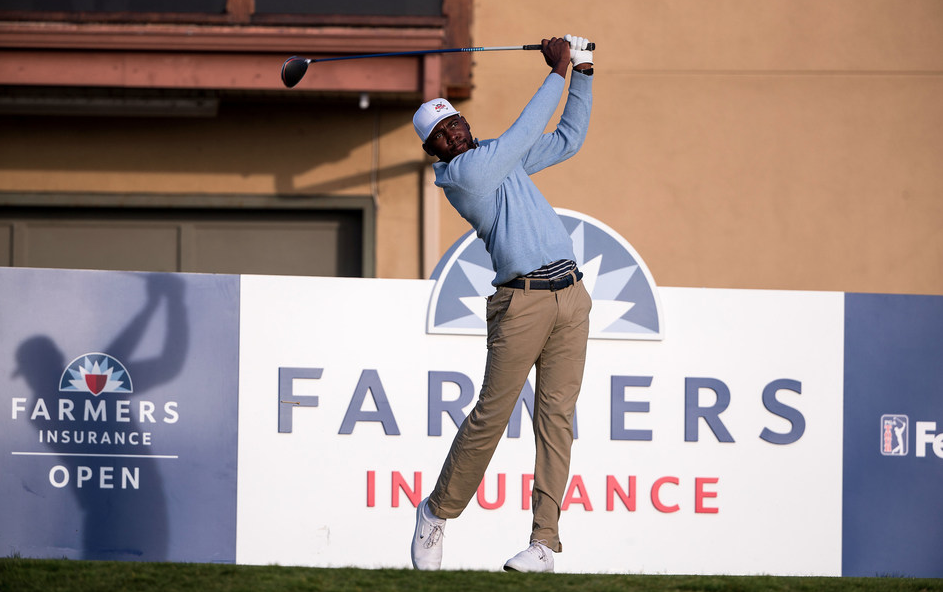 “As an organization that celebrates diversity and inclusion, we were proud to be able to host the first ever APGA Tour event during a PGA TOUR stop at the 2020 Farmers Insurance Open® and help the APGA Tour further its mission of inclusivity in the game of golf,” said Jeff Dailey, CEO of Farmers Insurance. “We’re happy to continue our support of the APGA Tour by sponsoring two of their exciting players, Willie and Kamaiu, hopefully enabling them to focus on doing what they do best—competing.”

The APGA Tour was established in 2010 as a non-profit organization with the mission to bring greater diversity to the game of golf. The APGA hosts and operates professional golf tournaments, player development programs, mentoring programs and has helped introduce the game of golf to inner city young people.

“This is another breakthrough for the APGA Tour. One of the biggest obstacles to make it to the PGA TOUR has been finances and these sponsorship arrangements will be a game changer for two very talented players,” said Ken Bentley, CEO of the APGA. “With the APGA Tour at the Farmers Insurance Open® and now the sponsorship arrangements with Willie and Kamaiu, Farmers Insurance has demonstrated leadership and vision in the effort to bring greater diversity to the game of golf.”

“I’m excited to represent a great organization like Farmers Insurance,” said Willie Mack. “The financial support and most of all the belief they have given me will go a long way to helping me achieve my goal of reaching the PGA TOUR.”

“I am beyond excited about the opportunity Farmers Insurance and the APGA Tour are offering me,” said Kamaiu Johnson. “The APGA Tour at the Farmers Insurance Open was a great way to kick off the 2020 season. My goal next year is to go back on Torrey Pines but playing on the South Course. The arrangement with Farmers will go a long way to helping that happen.”

These new sponsorship arrangements add to the seasoned relationship Farmers has with PGA TOUR player Rickie Fowler. Fowler, a brand ambassador for the national insurer group since 2012, engages in Farmers community and marketing initiatives, including charitable activities during the Farmers Insurance Open to benefit local San Diego community and first responder non-profits.

Visit Farmers.com/Golf for more information about the insurer group’s commitment to the game.

Raise Awareness for the cut of Hampton's Golf Team

5 Things to Remember when Planning a Golf Trip

Everything you need to know about the new USGA Rules

Author Black Golf WirePosted on April 13, 2020April 30, 2020
The USGA and R&A have worked steadfastly to create a new world order of handicaps. The result is a system that every golfer in...
Read More